I am not gone, not mist either 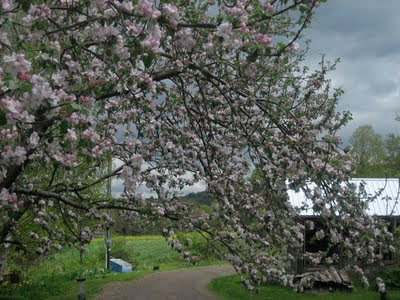 The enormity of being present through these strange and miraculous weeks, in which both my parents died, has left me unsure of my physical shell. I feel the breath, counting on it as a reminder of what it takes to describe the line between living and not living. Its qualities have changed, and I wait for the waves of gratitude to return.

I cut the first asparagus. I weed the blueberries and untangle the mesh netting from the delicate branches budded for bloom and berry. There is celebration and grief in my every action.

It is too easy to say that I am quietly turning my attention towards the earth. More complex to draw my heart away from tending and caring for the people I love who have drifted out of this realm. My eyes soften just below the horizon, widening the view without focusing.

Memory and experience are collections of my mind, rotated at will to allow for varied levels of engagement and reaction. My heart beating has its own imperative, driving my body and leading to possibilities that calibrate a normal life.

The apple branches dip just in front of the window, buds amid leaves, blooms amid twigs. This was true last year too, and without any storytelling, the birds peck at the damp bark.
Posted by Sarah at 7:30 AM 1 comment: 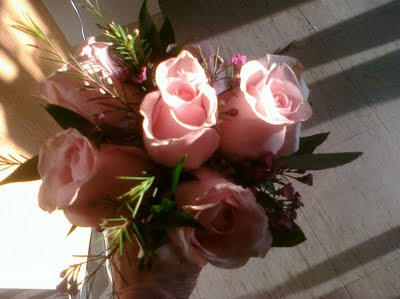 from The Lives of the Heart, 1997, Harper Perennial

Tenderness does not choose its own uses.
It goes out to everything equally,
circling rabbit and hawk.
Look: in the iron bucket,
a single nail, a single ruby --
all the heavens and hells.
They rattle in the heart and make one sound.
Posted by Sarah at 6:41 PM 1 comment: