Transition is a State of Mind 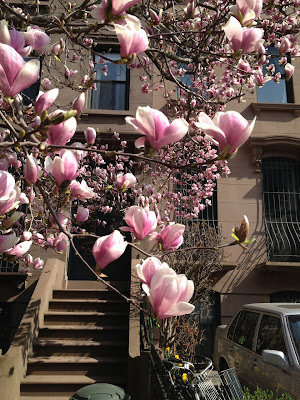 So much emphasis is placed on college applications that the whole last half of high school is colored by this. Once accepted, there is another phase of accommodating all the changes taking place in moving to a new way of operating, often in an entirely different location. Once there's a rhythm established, many people start taking semesters abroad or as interns, getting part time jobs and turn their face towards what happens after graduation. Even semesters starting and ending, summer sessions and work study jobs coming and going, all of this seems like an enormous sequence of change upon change upon change.

It is much the same as a child learns to move in the world from sitting, crawling, standing, that hand-over-hand cruising, to walking, running, climbing (not always in that order!). To children, adults seem complete and finished as though all the pieces are set and the patterns established. To some degree this is a way of operating that many people try to adopt, sticking to their patterns, hanging on tight to who they think they are, or want to be.

But life is entirely transitional. Right down to the cells in the body, we are an ever shifting, changing organization of bits and systems. We live only in this moment, and whether we call it transitional or not, this is that moment.

When we tell ourselves we are in transition, or classify someone else as in a "transitional stage," we are emphasizing our idea that they are developing something and will not remain the way they are now.  This reflects our opinion or impression that perhaps that what is happening now is not sustainable, or that it is only a temporary way of operating or feeling. Certainly we comfort ourselves by saying that the deepest moments of intense grief are temporary, and we warn each other to enjoy the early days of childrearing as they "go so fast." What happens in the mind when we accept that every moment is such a moment, that we are constantly developing and can not remain the way we are now?

I stopped my class in mid stream in their sun salutations (Surya Namaskar), a series of yoga asana that are strung together in a fairly routinized way, though in my class you can never figure what I'm going to suggest. Each student realized that they had not placed their body as carefully as they would have if they had known they would have to stay there ... they had defined this sequence of postures as a flow of transitional movements, and discovered that this had occurred without much intelligence, relying predominantly on pattern and habit.  Yoga is a practice fundamentally of unifying, "yoking," awareness with the actions of being.

Waking up awareness is one of the darts that I throw at the balloon of habit in the mind. Cultivating conscious attention to include even the most mundane, momentary bits of life is where the vibrancy and depth of being resides. The yoga asana practice is a mechanism that can awaken an alert body and  mind, and help develop and train this level of consciousness and awareness without efforting. It takes focused attention to see that "transition" includes every moment, and that in every moment we can be completely present in the experience. We may never visit this place again, or be 19 years old, or feel confused about this particular thing, or be as broken hearted, or as proud and happy, or whatever it is. Those living with cancer know this feeling of uncertainty as a constant, rejecting or accepting the moment in all its fullness, again and again.  Being fully present in this moment is a state of mind, and thinking that this moment is just on its way to some other moment is also a state of mind, that leaches some of the potential from "now" and projects it onto "then."

Convenient to explain uncertainty and the unknown as a transition if we are not sure of what is happening and want to grasp at the next moment (or the remembered moment) as more settled or resolved or successful, etc.  This, too, is the mind setting a scene for the story we tell ourselves. It is still only in this moment that we are here, living. Impermanence is  the way of all living beings. Just look around you.
Posted by Sarah at 9:29 AM